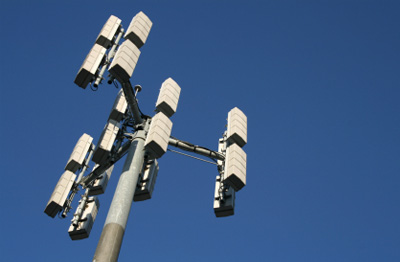 In February, 2007, prior to starting TCA, our CEO, Michael DeMita, founded one of the country’s largest ground and rooftop lease aggregation firms. Starting with a $200 million commitment from  partner Royal Bank of Scotland-Greenwich Capital, he has raised over $300 million in debt and equity from public and private institutions for this business. He has been active in the aggregation of these assets for over a decade and, under his leadership, his last firm sold two portfolios of easements/cash flows from cellular tower and rooftop sites for more than $100 million.

After many years of road shows and meetings with investors and institutions interested in owning the assets, his firm and portfolio sold in 2013 to the highest bidders for both – setting record pricing levels and reaping double digit IRR’s and multiples of returns on capital for his investors.

Mr. DeMita and all other principals of TCA have unblemished ethical and professional backgrounds and a long history of excellent relationships with investors, site owners, wireless carriers and tower companies. TCA’s management has worked with and presented to most, if not all of the players in private equity, finance, investment banking and the carriers that participate in the space since 2001 and looks forward to working with you as well.

Anthony J.
"After interviewing a handful of cell tower industry consultants around the country...your genuine offer to help our group understand the nuances of negotiating our transaction was well received [and] your candor allowed me to feel comfortable sharing my confidential goals..."
Shannon V. - Land of Sky Regional Center
"TCA was the most helpful, up-front and honest of all the buyers we spoke to.  We were comfortable in our decision to sell our lease to them and now have the terms and cash needed to help our company grow."
Nava Christian - Northern Star Enterprises, Inc.
"As a naïve cell tower lease holder considering selling my lease, TCA's website provided me with the information I needed to get a transaction done right.  Mr. DeMita continued to support and educate me through closing and  I was able to increase my offer by $95,000!"
Bob from Illinois
"Your expertise of analyzing our position, offering options, and then executing on the best option certainly created a lot of value for Vermont Academy."
Stanley Colla - Interim Head of School
"TCA offered us great advice in negotiating our lease agreements and were both responsive and competitive in their acquisition process.  I would advise anyone who is not an expert in the tower business to consult with Tower Capital Advisors. "
Hank Yunes, Licensed Real Estate Broker - AV Homes - Boca Raton, Florida
"TCA helped my 80 year old mother renew our lease, was there for us every step of the way, and genuinely cared that we got a fair shake when there was nothing in it for them. Rare in today's 'what's in it for me' world!"
Karen Daykin - Independence, Iowa
"I wish I had known TCA a few years ago when I was dealing with our tower company tenant.  Thanks again for all you do."
Gary Zipperian - Clancy, Montana
"Trying to understand contracts and lease agreements can be daunting.  With TCA's help, I feel more secure in knowing what our options are."
Bill Mangham - Supervisor, Whitefish Township, Michigan

"We would whole-heartedly recommend TCA to anyone considering selling their lease.  ... the closing process was smooth, [and] event free."
Stephen R. Reller - Executive Director, BC Baseball League
"TCA purchased my tower lease.  They were courteous and professional, with a personal touch, and they went the extra mile to make the closing and paperwork simple and stress free."
John Shick
"TCA provided us with a thorough analysis of our offers and purchase documents.  I would highly recommend them to other property owners looking to sell their tower or rooftop lease."
Sung B. Kim
"Honest, free and knowledgeable advice on valuing our cell tower lease.  Many thanks!"
Denise Hammond
"When another sale proved difficult to close due to cumbersome documents, TCA offered to directly purchase our lease themselves for a much higher price.  I would very much recommend TCA to anyone looking to sell their wireless lease."
John Kowkabany - Nooram of Jax, Inc.
"TCA helped us get 30% more than our original offer for our site and provided very useful assistance on our offers and the process all along the way."
Dr. David Stark
"TCA has a good handle on the marketplace and provided us with free and very helpful guidance during our sale."
Dan Strother, Lovers Lane UMC
© 2013 Tower Capital Advisors. All Rights Reserved.